Minerva in conjunction with Firetide and Motorola Solutions exhibited at Intersec 2017, the leading international trade fair for the Security & Safety industry. The show ran from January 22 – 24 at the Dubai World Trade Center and featured three days of busy networking with 1,304 exhibitors from 58 countries.

Participating at Intersec for the first time, Minerva’s stand was located in the Homeland and Security Section, where we showcased the latest developments in Video Surveillance and Critical Communication.

Firetide, one of Minerva’s premium products, introduced the use of Wireless Mesh Networks in Video Surveillance enhancing safety whilst reducing surveillance costs. Firetide’s private wireless broadband solutions incorporate unrivalled flexibility, supporting inside and outside environments, handling mobile and fixed assets, and delivering live, high-bandwidth video feeds reliably, securely and with low latency. Providing wireless network connectivity, Firetide mesh networks permit cameras to be installed without the usual civil works (pulling cable through walls, trenching for fiber between buildings, or drilling holes for cables in older and historic buildings that were not designed for computer networks).

Motorola Solutions also presented their range of intrinsically safe two-way Radios. The next generation TETRA ATEX radios were introduced during the show. MTP8000Ex Series sets a new standard in TETRA ATEX radios. From its form to function, these new radios have been carefully engineered to address workers’ needs and offer the ultimate in safe, reliable and efficient communications in hazardous environments. Meeting the latest ATEX and IECEx standards, this next generation of TETRA ATEX radios represents a significant step forward in improving worker safety, communication and efficiency.

Omar Chihane, sales director, said that by taking part in Intersec, the company now has a better understanding of what is happening in the market. “We are delighted to have welcomed visitors from all over the region to our stand where we were able to demonstrate cutting edge innovations and new products,” he added. 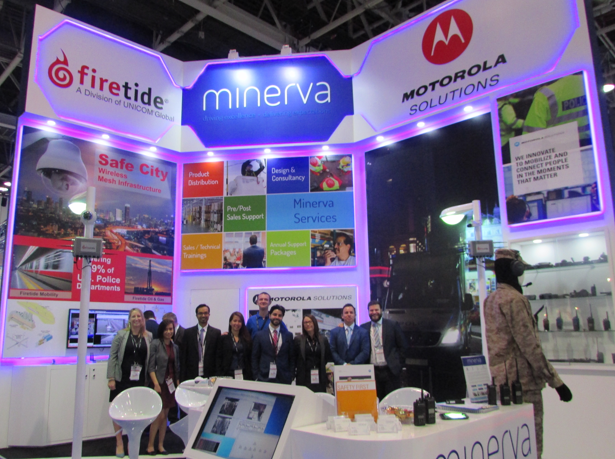